Can Scunthorpe United Turn Their Season Around? 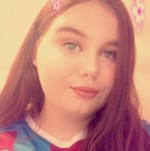 League One is a very inconsistent yet contentious league, especially with teams in the top six losing to teams in the bottom four. As you can tell, today I am talking about Scunthorpe United. Our last 10 or so games have had the same ending. Giving away easy points at the end of a game.

With the season ending in two or three months, there’s a race to promotion. We’re currently fifth, which is nothing to complain about as we’ve definitely been in worse positions. But can we keep our place in the top six when the season comes to a close? Many fans are concerned about our future, and some are positive that we’ll turn things around. Promotion would be fantastic, but are we fighting a losing battle when it comes to earning the place in the Championship?

Our manager, Graham Alexander, has been facing a lot of backlash recently, surrounding the fact that he played some of our best players in different positions. Some fans believe that this is the main reason we couldn’t gain three points on Saturday against the Latics, and others believe it is down to the manager himself. Personally, I think that if Alexander had played our players in the correct positions, we could have picked up three points. But who knows if that would have even made a difference? No matter what the issue is at the moment, whether it be the team as a whole, or the manager, hopefully the squad is up for the challenge we have on Saturday when we face Wigan Athletic away.

Thank you for reading, I hope you enjoyed. Make sure to follow my twitter page, @jadesufc_, to keep up to date with my posts!