Can Real Madrid make any more signings without breaching FFP? 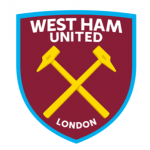 Over the last few windows, Real Madrid haven’t made many ‘big money’ signings that stretch them financially, with the possible exception of Thibaut Courtouis, who arrived at the Bernabeu for just over £30m last summer.

However, Real Madrid have spent an estimate of £300m since the end of last summer, which is significantly more than the club’s record summer window of £227m, where they made marquee signings such as Cristiano Ronaldo and Karim Benzema.

Los Blancos’ most notable signing since last summer is new accusation of Eden Hazard, who arrived for a very substantial transfer fee, which could rise to over £150m. A signing such as this could put Madrid at serious risk of breaching Financial Fair Play rules, as they still are keen on winning the signatures of a significant amount of players this window, including the household name, Paul Pogba.

How will Financial Fair Play be a factor?

Financial Fair Play rules are designed to have a ‘break even’ structure, meaning that the amount of money that a football club spends on players’ transfer fees and wages, they must earn back through commercial revenue and income, in order to satisfy these rules.

It’s no secret that Los Blancos are one of the most profitable football clubs in the world. In 2018, the club released through a financial statement that they had an operating revenue of £750m, which is an 11% increase in what they made in 2017.

One main problem that Madrid may face is that they are unable to offload players such as James Rodriguez and Gareth Bale, due to Madrid’s ‘asking price’ being too high for what clubs are willing to pay for them. However, Madrid won’t be willing to sell these players for cheap, because it may mean that they make a ‘loss’ on these players, meaning that they could possibly be at greater risk of being subject to breaching FFP regulations, due to contract specifics, such as sell on clauses.

Another problem might be due to club performances, the fact that they got knocked out relatively early to Ajax in the Champions League last season, after winning the competition the previous three years, they won’t have made nearly as much commercial income from that competition than their balance sheets have been used to in the last few seasons. However, due to their success in previous years, the income from the Champions League might have allowed funds to accumulate to bolster their spending this summer.

This may mean that Madrid opt to loan some of their players out, similarly to how they have done with James Rodriguez to Bayern Munich, simply to free up some funds, due to wages.

So, will they have to ‘hold back’ on the signings?

The simple answer to this question is that it’s unlikely.

There are many factors to show that Real Madrid’s accounts are currently in a healthy position. Some of these include; The £100m cash in of Cristiano Ronaldo last summer, the fact that they haven’t made many large signings for a few seasons, and the fact that they have done very well in European competitions over the last three years.

Due to the fact that Madrid had £190m in the bank in their last accounts publish in June 2018, which was before the capture of Eden Hazard for £150m was announced, a signing such as a £150m deal for Paul Pogba might not be as a bad idea as it sounds.

This is due to the fact that transfer fees are spread over the life of a contract, when they are processed in calculating profits. So if Pogba, for example, signed a 5 year deal with the club, the accounts would register £30m for transfer fees, and a further £20m for wages, which means a £50m per year taken out of profit and loss statement.

Due to Real Madrid’s high commercial revenues, and the healthy current position and upward trajectory of their revenue, a few more marquee signings for Los Blancos is unlikely to raise any ‘red flags’ with UEFA.