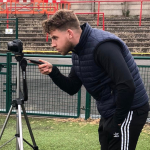 Over the last week, Borussia Dortmund Midfielder Mario Götze has been linked with a move to Atletico Madrid, as his contract expires at the end of the season. Meanwhile, Manchester United look to be the favourites to sign Jadon Sancho.

Sancho was absent for the new kit launch video for Dortmund and it’s believed that this is because they are preparing for his transfer to United. However, Dortmund would want over £100m for the 20-year-old; and for any club, that is a substantial sum of money to pay.

In the meantime, Lucien Favre has been heavily involved in the race to sign Birmingham City youngster Jude Bellingham since early 2020. The deal looks to be completed as of late Thursday evening, for a €23m fee, reports suggest.

Bellingham, who turned 17 years old this month, has been mentioned time and time again throughout the majority of this season with Manchester United and Dortmund fighting for his signature.

However, it seems that the German side have snapped up the Birmingham born midfielder, on a five-year deal.

For Birmingham, Bellingham has featured in 37 games this season, mainly operating as a holding midfielder or a wide man. But impressively, even from a deeper position he has still managed to rack up four goals and two assists for Blues so far with his first two goals both proving to be the winner.

There is a reason why he is so often spoke about by clubs and media outlets across the world. He has shown huge maturity at the Championship club and at times has controlled games by himself. His energy, creative flair, dominant tackling and the way he reads the game makes him one of the greatest young prospects we have seen for a while and at Dortmund he should only improve.

His Dad has said that he would prefer his son to opt for the Bundesliga club rather than United, due to how impressive Sancho’s development has been, which could have certainly impact Bellingham’s decision.

It seems that with the likeliness that Götze will leave the Westfalenstadion this year and the possibility that Sancho could move to Manchester, the signing of Bellingham could prove to be important for their midfield and attacking options next season.