Garry Monk's Birmingham City have become sudden contenders in the race for the signature of Manchester City and England goalkeeper, Joe Hart, with the Championship side placed at 2/1, above both Liverpool and Chelsea in the running by Sky Bet.

Hart spent the 2009/10 on a season-long loan at Birmingham City where he made 36 appearances, receiving the club's Player of the Season award and being nominated for the PFA Young Player of the Year Award. The 75-time England international helped the newly promoted Blues to an impressive 9th placed finish in the top flight.

Now aged 31, a return to St Andrews seems a viable option for Hart who has failed to make a single appearance for City since the 2016/17 season, prior to which he turned 266 times for the Premier League champions. Having fallen out of favour under current boss, Pep Guardiola, Hart went on to secure largely unsuccessful loan spells at Torino and West Ham United.

With Hart's wages reportedly at £87k per week, it remains unclear how the Blues could finalise the deal however if a switch that suits both sides is agreed this could be a major coup for the second tier outfit, who narrowly avoided relegation last year. 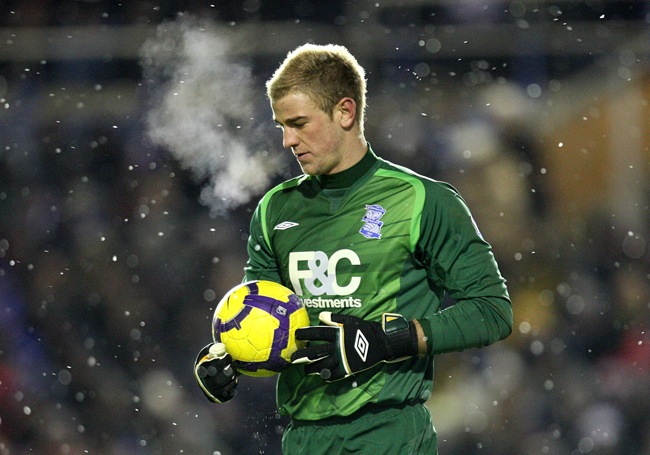 Image credit: Who Ate All The Pies

Birmingham City's situation between the sticks looks increasingly concerning, with both David Stockdale and Tomasz Kuszczak left out of their sides pre-season tour, being deemed surplus to requirements in the Midlands.

The Blues had previously been linked with Norway and FC Ingolstadt goalkeeper, Orjan Nyland and Chelsea's Jamal Blackman, however the club are reportedly set to be placed under a transfer embargo following a breach of Financial Fair Play regulations following former manager Harry Redknapp's spending last summer.

Birmingham City fans, would you welcome Joe Hart back to St Andrews to rediscover his best form? Or should you look elsewhere for your new number one? Let us know your thoughts by commenting down below. You can also tweet us at @AllOutFootball_ using the hashtag #AOF.

Does Joe Hart deserve another chance at Manchester City or is the two-time Premier League champion's stint at the Etihad coming to a close?