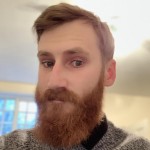 The whole of the Premier League made both quality signings and had some flops. This series of articles will look at them all and comment on each club. We will go in table order sorry, Norwich fans. Look out for your team. Agree or disagree let us know!

Bit of a cheat here, as Leicester had the joys of Tielemans on loan last season before signing him permanently in the summer. But when the other option is Ayoze Perez I am sure Leicester fans will be okay with me picking the Beligan playmaker.

Tielemans give Leicester something different. He isn’t just a great passer and immensely intelligent as a footballer; it is the work rate, the passion and the drive. He embodies a modern Leicester player and the side we have come to get used to under Brendan Rodgers.

Tielemans had a good year not great he fell off a cliff similar to Leicester themselves in the second half of the season. Still, his performances in early games carried on through and regularly became the player your eyes were drawn to when of course Jamie Vardy was quiet.

The Beligan midfielder came highly touted as the next big thing from Italy. Leicester had to fend off serious interest from the likes of Arsenal and Tottenham to secure his services. However, Praet did not hit the ground running and became a second fiddle player in Leicester’s team. The Belgian has only completed four full games this season with Brendan Rodgers frequently pulling him off early to change things up. Now you can put this down to Rodgers or Praet himself. Without knowing the full story, I am likely to side with the manager on this one.

Another signing in January to make this list. After coming from PSV Eindhoven Bergwijn was Jose Mourinho’s first official singing over the door. Costing no small fee of £27 Million the Dutch winger quickly showed his attacking prowess with a goal on his debut to help Spurs beat Manchester City.

The winger showed his value and pace whenever you watched Spurs closely and proves to be a smart signing following the departure of Tottenham talisman Christan Eriksen.

Perhaps the easiest name on this round of the list. Ndombélé cost Spurs 54 million Pounds and was supposed to be the next Moussa Dembele. At Lyon, the French midfielder had pace, power, an eye for goal and a silky first touch.

At Spurs, however, all he had was a nice seat on the bench and public shaming from Jose Mourinho. The frenchman only ever completed back to back 90-minute games this season for Spurs, these were his first two appearances and the first two games of the season.

Since then a string on injuries and bench performances have not helped him. Hopes are still high for a second season bounce back, but this may go down as one of the reasons Daniel Levy doesn’t like to spend big money.

What is this, Wolves signed a Portuguese winger, and he was brilliant? What else is news; water is wet? Yes, that’s right Wolves singing Portuguese players has become a sort of trait for the midlands club.

Pedro Neto came in and did what was expected of him with a price tag of £16 million Wolves got a bargain. Neto was raw, quick and obviously had bundles of talent. The endless battle of who to start Neto or Adama Traore was a debate Wolves fans had all season which again only speaks volumes to the youngster as Traore had the best season of his career. Always a 7 out of ten performance and had an endless engine the winger earns his spot on the list.

It must be really frustrating as a footballer to not finish games. In Cutrone’s case all season long he only finished four games across five different competitions. Bought in early July from AC Milan so that Wolves has another presence going forward and meaning they wouldn’t just have to rely on Raul Jiminez being the sole provider in terms of firepower.

It must be said that the transfer didn’t exactly go to plan Cutrone featured 20 times for Wolves only converting three times. Cutrone was shipped off to Fiorentina in January where he didn’t recover his form and subsequently scored five times in all competitions.

Oh, how the football gods look down on us. They strike whenever we least expect it. For Arsenal fans this season that seemed to be the case. When young Gabriel Martinelli was just exploding out of the blocks and into stardom after his move to London injury hits. The 19-year-old was just exploring his best run of form which included two goals against Liverpool in the Carabao Cup loss and goals in back to back Premier League games when a severe knee injury takes him out until September. Still when a 19-year-old young star comes about and is your best signing you know you’ve had a bad season. I for one am sure I don’t need to tell arsenal fans that twice.

David Luiz, what new way can I find to say he has been horrible for Arsenal this season? I’m going to try. I also know some Arsenal fans will be discussing; Where is Nicolas Pepe? The 72 million pound flop. Well, all I can say is Pepe won games for Arsenal single handley showing he has a bit of class in him. David Luiz, on the other hand, cost Arsenal more points than any other player in the league this season with a total of 12. Now looking at the Premier League table, 12 more points for Arsenal would equal third place. That is Champions League football and praise for manager Mikel Arteta, maybe even more star players and definitely, Pierre-Emerick Aubameyang would have a new deal. I think that justifies it.