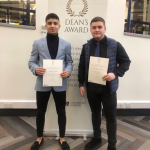 Atletico Madrid are on the brink of a club transfer record to sign Monaco winger Thomas Lemar for €65 million, according to the Independent.

The 22-year-old was targeted by both Arsenal and Liverpool last summer with the Merseyside club having a €90 million bid turned down.

The London club had a £92 million offer accepted by Monaco on deadline day but the player couldn’t agree terms with the Gunners.

Now, after a slightly off-colour season, the Frenchmen’s value has dropped but Diego Simeone has cashed in to capture his man.

In Ligue 1 this season, Lemar registered 30 appearances, scoring three times and providing 10 assists. Compared to his nine goals and 11 assists in 34 appearances during Monaco’s title winning season in 2016/17.

The French winger is currently away with France ahead of the World Cup in Russia but it’s believed a five-year deal is in place to bring Lemar to Madrid.

With Lemar’s fellow countryman Antoine Griezmann possibly on the way out of Atletico, Lemar could be the replacement for the 27-year-old.

Griezmann will be hard man to keep hold of with Manchester United and Barcelona both pursuing the French superstar. Following a press conference on Tuesday, the Atletico forward admitted he has decided his future but now is not the right time to act on it.

If Simeone could hold onto Griezmann the two Frenchmen could be a deadly duo as Atletico’s bid to compete with both Barcelona and Real Madrid continue.

Lemar could take centre stage if his international compatriot exits Madrid, the wide man would be the main star for Atletico and the spearhead of Simeone’s side.

Will both Lemar and Griezmann be at Atletico next season? Let us know by commenting below, or tweeting us @AllOutFootball_ with the hashtag #AOF

Have Spurs regressed under Mourinho?