Trent Alexander-Arnold's meteoric rise through the ranks to nail down his spot in the first team at Liverpool has been an incredible story over the last couple of years. He had a brilliant campaign in the 2017-18 season reaching the Champions League final with Liverpool and being called up to represent England at the World Cup in Russia at the age of 19. He came under strong criticism earlier in the season for poor performances but has bounced back in recent weeks, scoring his first international goal for England against the USA and then again for Liverpool with an incredible free-kick at Watford. So where did this all come from and does he have what it takes to go right to the very top? Nothing better than European nights at Anfield for Liverpool youngster, Alexander-Arnold (Liverpool Echo)

The 20-year-old first joined Liverpool Football Club at the age of six when he was scouted and signed into the academy. He progressed from there and went on to captain the club at U16 and U18 level. He was singled out by none other than Steven Gerrard as a player with a bright future ahead of him in his autobiography. He first featured for the first team in a 2015 pre-season match against Swindon under Brendan Rodgers and was given his first competitive appearance starting against Spurs in the League Cup under Jurgen Klopp in late October 2016. 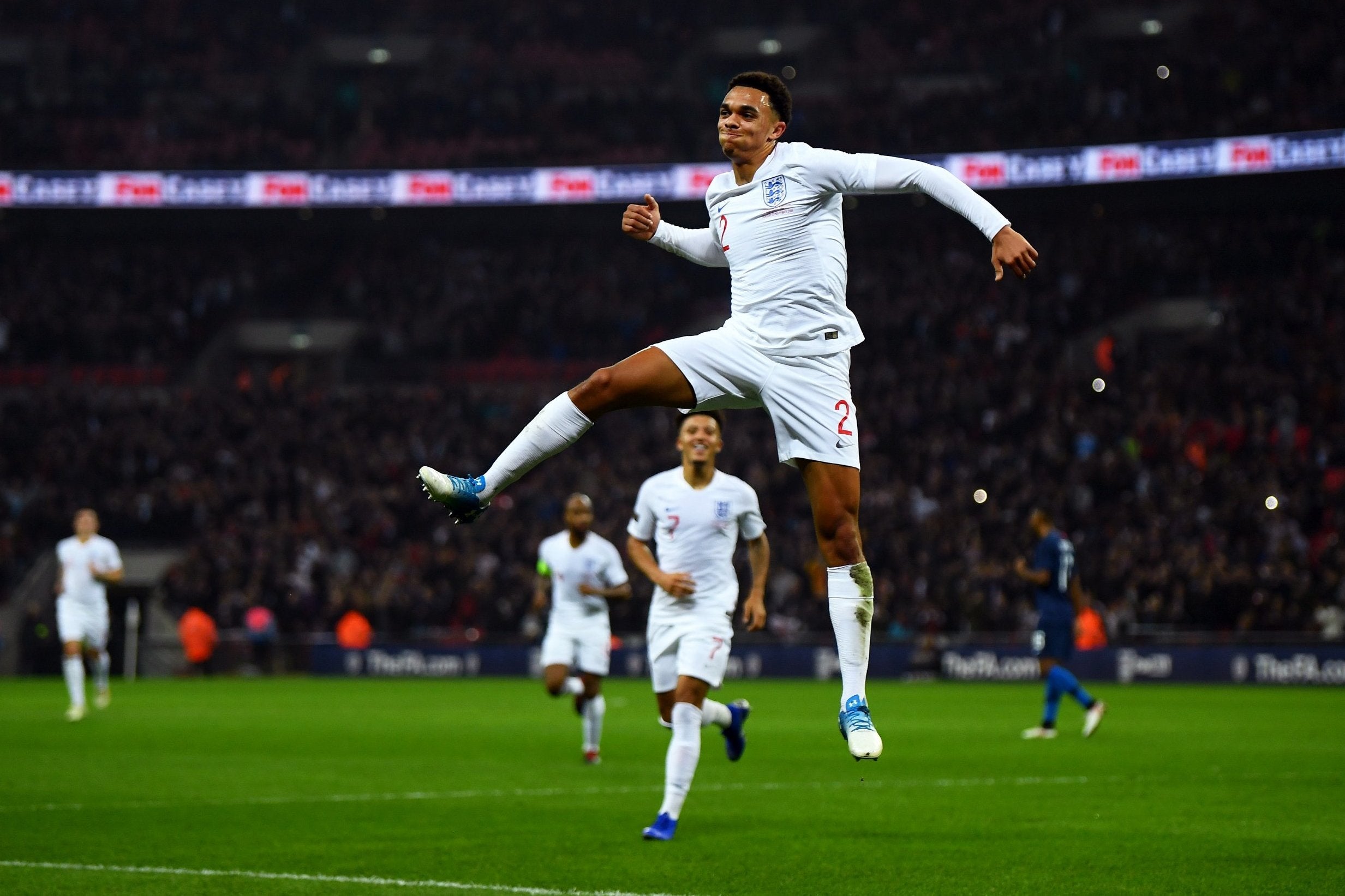 Alexander-Arnold celebrates a thumping goal against the USA (Evening Standard)

In the run-up to the 2017/18 season first-choice right-back, Nathaniel Clyne suffered a long-term injury meaning an opportunity for Alexander-Arnold to cement his spot in the first team. He faced competition from Joe Gomez who rotated with him in that position. His first goal for the club was a free-kick, similarly to his recent one against Watford, when he scored in a Champions League qualifier against Hoffenheim. He would go on to become a first-team regular that season, scoring his first Premier League goal against Swansea in a 5-0 victory and representing England against Belgium at the 2018 World Cup.

As a player, he offers a lot more than your regular right-back in terms of the passion and energy he brings to the side as well as his skill and versatility. He's loved by everyone at the club and has already signed a long-term deal as he continues to improve both on and off the pitch. He recently said that he hopes to remain a one-club man throughout his career. He's managed to fend off competition from Nathaniel Clyne and is challenging Kieran Trippier and Kyle Walker for the England spot. He's also already kept Leroy Sane, Neymar, Eden Hazard and Cristiano Ronaldo fairly quiet in his encounters with them. 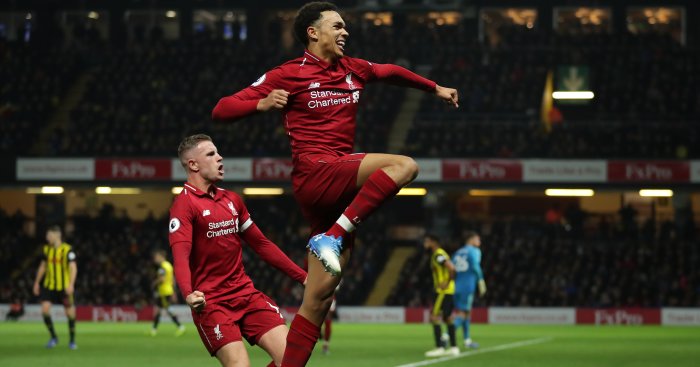 His versatility gives Jurgen Klopp many options. He's adapted to play as a right-back for the first team but in his earlier days at U18 level and below, he featured frequently further forward as a winger or central midfielder. Steven Gerrard had a similar path into the first-team, first playing as a right-back before the opportunity opened up for him in the centre of the park. Trent's set-piece prowess, hard tackling and precise passing ability supports his versatility and as he becomes more experienced at the top level, he'll soon become a world class player.

While he sometimes loses concentration, makes mistakes or lets his head get to him, he always bounces back as he has done in recent weeks. He's got the skill and technical ability to go right to the very top but the determining factor will be the mental aspect. He'll face setbacks as he did in Kiev, and he'll have to continue to overcome them. Jurgen Klopp has done a brilliant job to help with that in his nurturing of such a young player and at 20 years of age he can only improve.

Liverpool fans, what are your hopes for Trent Alexander-Arnold, where will his career take him? He is a fantastic player and will no doubt enjoy a successful career under the guidance of Jurgen Klopp and the support of the Liverpool fans. Let us know what you think about Alexander-Arnold's rise to the top and where he will go as a player by tweeting @AllOutFootball_ using #AOF.