AFC Fylde Mid Season Review: January Transfers Talk – Can they make it to the Football League? 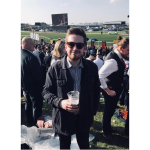 The 2022 on the AFC Fylde shirt just about sums up the statement of intent for this ambitious club. With it symbolising the aim of reaching the Football League by that date and something which seemed like only a dream until a few seasons ago. With the Coasters making the Play Offs last season (eventually losing out 2-1 to Boreham Wood) and an FA Cup run which saw them force a replay out of an in-form Wigan side, you can’t help but think that they are probably ahead of schedule.

This season so far has been fantastic for the North West side, with the club currently in 4th place, striker Danny Rowe topping the goal scoring charts, and a team with the joint lowest losses this season (5) along with leaders Leyton Orient. At the weekend they have also just beat in form side Solihull Moors 2-1, who were in second place. The recent success for the club has largely been down the relationship of the Manager Dave Challinor, who has been there for 7 seasons now, and Owner David Haythornthwaite, who has pumped a lot of money into the club including the impressive Mill Farm complex which can hold a capacity of 6,000 supporters.

Not everything has been going well for Fylde though, with a lot of injury problems and January dealings being essential to maintain their promotion challenge. They have sorely missed club captain Lewis Montrose who is now out for the season, as the anchor for the team he usually offers fantastic defensive cover but is also strong enough to bring the ball into the forwards, Ryan Croasdale (who is also England ‘C’ captain) has been good providing this however you do feel if they both were to play together this would be a title contending partnership. The main concern for Fylde and something which manager Dave Challinor has highlighted is the options up front. There does seem to be an over reliance on Rowe and while this has worked for the Coasters, there must be alternatives for if he gets injured, has an off day or if he eventually chooses to move on. Gime Toure seemed to offer something different however this never materialised, with him moving to Sutton United on a free. Winger Joe Cardle moved back up to Scotland after a promising campaign and attacking midfielder James Hardy is still out injured, whose absence looks clearly missed. Ashley Hemmings is back at the club after his loan spell at Altrincham was cut short with the attacking options so limited who scored a brace a couple of weeks ago against Wrexham and looked sharp. Serhat Tasdemir looks an incredibly talented prospect whenever he comes on however at 18 years old it would be unfair to expect a lot from him.

The January transfer window has overall been difficult for Fylde, with Norwich striker Mason Bloomfield coming in on loan only to get injured on his debut. Perhaps the saving grace for the Coasters was the resigning of attacker Dan Bradley, a player who was integral to the 16/17 National League North title winning campaign, where he scored 18 goals. Who you would think will surely add to the currently limited striking options. Nick Haughton signed from Salford City also looks to add something in that attacking role who seems to play out wide but has been given the freedom to drift in field, perhaps the creative spark between the defence and Rowe which in the past few weeks seemed to have gone missing.

With a few days left of the transfer window to go there still is time for them to get some business done. Having said this, they have still been playing well and with Danny Rowe upfront you do possess the most dangerous player in the National League. He is someone who can win games almost of his own, with him not just being deadly inside the box but also capable of scoring many outside the box like the goal against Solihull Moors at the weekend, a low driven shot from 22 yards out. The form certainly is with Fylde and you would definitely have to back them at least making the play offs this season. With the promising additions of Bradley and Haughton to an already solid squad, coupled with the match winning quality of Danny Rowe, if they were to make it to the playoff final, you wouldn’t like to bet against them at Wembley. Maybe 2022 is a lot closer for AFC Fylde fans than they think.

What do you makes of these thoughts? Let us know in the comments below!

Is this the end of football as we know it?