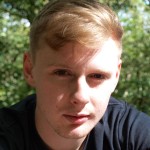 The worrying thing for Chelsea fans about Maurizio Sarri’s imminent departure, if the rumours are to be believed, shouldn’t be that they’re losing a top coach, poached from their ranks by one of their rivals in the European elite – they never took him or ‘Sarriball’ anyway.

It also shouldn’t be that whoever comes in will have the unenviable task of attempting to replace Real Madrid’s latest ‘Galactico,’ Eden Hazard, whilst under a UEFA-sanctioned transfer ban – they’ve got a wealth of talent who get loaned out season after season, perhaps it’s time for Chelsea to take a chance on their current crop of players.

The worrying thing is that it’s looking increasingly likely that the man to replace Sarri will be Frank Lampard.

Frank Lampard, the player, was a genuine legend.

On top of that, if you take a quick look, if you haven’t been following his progress closely already, at Lampard’s debut season in management with Derby County, it looks on the surface to be extremely promising.

He presided over a bright, young, attacking team who scored some brilliant goals on their way to the play-off final, as well as dumping Manchester United out of the League Cup at Old Trafford. How could this be anything other than a perfect match?

Don’t get me wrong, the job Lampard has done in his first season as a head coach has been by no means a poor one. You don’t get to play in the richest game in football off the back of a terrible season.

The reasons I would be hesitant to rejoice at his appointment, though, are threefold.

Firstly, the Chelsea squad he’s to inherit is not a team on the up. Hazard is gone, there is a distinct lack of an accomplished and effective striker and creativity in midfield was often lacking last term.

Lampard’s first job would be to instil belief, inspire quality and improve the squad that he’s given. And his credentials for doings this? Well, he doesn’t have any. He didn’t improve The Rams last season. They finished in exactly the same league position, with one less point than their previous campaign, barely scraping into the last play-off spot.

To add to this, his star performers were all players that don’t belong to the club. He brought numerous players in on loan, presumably using connections that he created during his stellar playing career – Mason Mount and Fikayo Tomori were both brought in from Chelsea, for example.

If they can’t retain the services of these players, which is highly likely, Derby could be in serious trouble next year unless quality replacements are made. That’s a separate issue, however.

The second reason is a familiar and perhaps a tediously overused one: Frank Lampard has no experience at managing at Premier League level. He certainly doesn’t have experience in an environment as demanding as Chelsea, where managers can receive their marching orders even if they’ve won silverware.

I’m all for giving people a chance, but people who have forged that chance by creating regular and notable success.

The thing is, it’s blatantly obvious why the hierarchy at Chelsea would choose to bring in Frank Lampard, and coincidentally, it’s my final reason for finding it so uninspiring.

He’s going to get the job because every win under his guidance will be cheered louder than anyone else’s wins before him, and every loss will be forgiven quicker.

He’s going to get the job because he’ll buy the board time while this transfer ban looms over them.

If he’s a success, all well that ends well. The fans are happier than ever, the hiring of Frank Lampard will forever be a stroke of genius, any nay-sayers know nothing and I’m sure I’ll be reminded of this article endlessly.

If he struggles, then no one ever really expected him to be anything other than a stopgap.

So yeah, I get it, I just don’t like it or think it’s deserved yet.

And on top of all that, I think a legend like Frank Lampard could end up doing himself a disservice by accepting an opportunity that might not come twice.

Then again, they might just give it Mourinho again.