5 things I hate about the World Cup 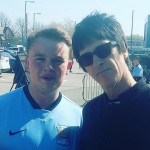 The biggest celebration of international football has come to an end and there is no doubt that it has been one of the finest in recent years. As a die hard football fan, I’ve really enjoyed it and I will be pining for its return for the next four years, despite me being more interested in my club. However, this World Cup has managed to remind of a few aspects that I don’t miss at all for four years.

One of the most disappointing things about watching the world cup is the hype around certain teams and their vast amount of world class players only to find out the team is only built around one player. One key example of this at this World Cup was Argentina. To many football fans the prospect of watching Lionel Messi link up with Sergio Aguero, Angel Di Maria and Pablo Dybala was very exciting. However, whilst it didn’t help that the team clearly had problems, watching Messi constantly trying to do everything by himself despite having a lot of quality around him was very disappointing to watch in comparison.

A feature of World Cups in recent years has been for the camera teams to spend much of the game focussing on the most attractive women in the crowd. Whilst I don’t believe anyone needs to be overly PC about the whole thing, it does become very boring and very repetitive throughout the game. It is also quite embarrassing when collecting vox pops that many TV channels were always interviewing the most attractive women, whilst overlooking other women who might have had a good knowledge of football and would have been more interesting to listen to.

Less of a moment specific to the World Cup and common to all areas of football is the play acting. Every World Cup has its villains and this year the player that stood head and shoulders above everyone else was Brazil talisman Neymar. It is such a shame to watch a player with so much talent only being remembered for the negative sides of his game and his play acting this tournament was shameful. Be it Ronaldo in 2006 or Suarez in 2010, it’s disappointing to see so many world class players blotting their copybook with play acting.

4.) The Days without football

Now it might seem a bit spoilt, but when we’ve been watching football non-stop for several weeks, it does become a big part of life so the odd days when there aren’t any football are actually surprisingly dull and hard to handle. Many would say I probably need to get a life, but sadly those few days are still very hard to handle.

And here’s the main reason of all. As someone who follows football avidly all the time, the World Cup represents a fantastic treat every four years when I can watch football all the time and at no extra cost. Now, of course this means many people are going to start to take an interest, especially in supporting their own national team. Whilst it is nice for people who don’t usually like football to take an interest, hearing people who have no clue about football holding forth with their opinions is very irritating. It’s particularly entertaining being told by people who will probably spend the next four years telling me to shut up about football again that Raheem Sterling is no good and the worst England player of all time…

Stories From 2019’s Summer of Soccer