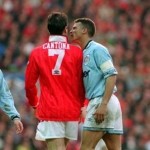 In each edition of the world’s most illustrious sporting competition, players that are not quite known worldwide stun the world and put their name in lights.

This year as ever, numerous relatively under-the-radar men will be eyeing summer stardom but who are the picks of the South American bunch?

Top quality strikers for this nation have come in a abundance in recent years – think Edison Cavani, Diego Forlán and Luis Suárez. However, there’s a new prodigy on the rise with Celta Vigo. The powerful 21 year-old has notched 13 goals & 3 assists in 31 outings for his club this campaign and looks to be a target for many other La Liga outfits this summer. Not guaranteed a start due to the latter pair of aforementioned men, watch out for this man coming off the bench in what looks like a straightforward group for the The Charrúa Claw.

Another young man waiting to inevitably burst onto the scene has already to Russia by storm with Zenit St. Petersburg in his first season at the club. Last summer, he rejected big names such as Liverpool in order to continue a development with regular game-time. Possibly starting in between Nicolás Otamendi and Marcos Rojo, his prowess and coolness on the ball is something to keep and eye on if last time’s runners up maker it past their group.

Speculation was immense around the Bordeaux man in January and has since alluded to the fact he’s waiting on a transfer this summer. Likely making it into his national squad, he may not start at all but will certainly make an impact if brought on due to his trickery and ability to find the back of the net, with 11 goals & 6 assists coming this campaign. His versatility in the forward line may be crucial to the traditional fluid attack of the Little Canary as they aim for a 6th title.

Coming through the ranks at Boca Juniors until 2017 when the Bianconeri haf first dibs due to selling Carlos Tevez to them, the deep-lying play-maker has shone for Juventus whenever called up this campaign. He featured in place of Miralem Pjanić for the Champiosn League quarter-final first leg and, despite the result, put in a commendable shift. With the Atlético Madrid centre half pairing of José Giménez and Diego Godín behind him, he’s in good hands with a platform to further prove himself on the world’s biggest stage.

It’s been a frustrating few years for the now 27 year-old since leaving Lecce as a youngster but the nimble man has finally found success at a high level. Coming off the bench around 47% of the time for his club, shows he is able to make an impact if he plays understudy to the likes of Carlos Bacca and captain Radamel Falcao in a two-striker system. A tricky group is in store for so no liberties will be taken and all assets will be utitilised by the The Coffee Growers who are aiming to emulate the success of last time’s campaign.

Do you agree or disagree with these picks? Let us know.